IVF Birth Outcomes: How Much Do We Understand? 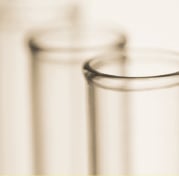 In vitro fertilization (IVF) is perhaps one of the most effective options available for the treatment of infertility. This procedure has been available in the developed world for approximately 30 years, and has been responsible for 1-4% of all conceptions. While IVF was originally developed for the treatment of female tubal factor, it has evolved to include treatment of male factor infertility via intra-cytoplasmic sperm injection (ICSI), as well as oocyte quality factor (Decreased Ovarian Reserve, or DOR). With the development of embryo biopsy techniques, IVF has also grown to incorporate pre-implantation genetic screening of embryos (PGD) to avoid genetic diseases in embryos and to screen for normal chromosomes. In the history of mankind, IVF will undoubtedly remain the greatest development for the treatment of human infertility for the foreseeable future. Since the introduction of IVF, there has been a directly proportional increase in multiple gestation births. Traditionally IVF centers have measured success as the number of live births, irrespective of outcomes. This increase in multiple births is driven by the clinical incentives for live births, but some may also be driven by patient request. Two studies have shown that 20% of European and US infertile couples wanted a multiple birth(1, 2)IVF treatment itself that results in this increased risk for complications. The questions that reproductive endocrinologists and high-risk pregnancy specialists are trying to answer are primarily: 1) Is there a higher risk for a baby of any adverse birth outcome if that baby is conceived in an IVF laboratory? and 2) Is there something inherent about a past diagnosis of infertility which places even a singleton gestation at greater risk of pregnancy and birth complications? IVF Singletons: A number of large studies have addressed the question of increased risk to IVF babies (3-7). They echo a similar theme concerning birth outcomes, most importantly preterm birth <37 weeks, and low birth weight. One study compares the differences in degree of risk of poor outcomes with IVF babies vs. naturally-conceived babies. There appears to be a 93% increased risk for IVF singletons as compared to naturally conceived singletons, and a 57% increased risk for IVF twins versus naturally conceived twins(6). Certainly the overall chance of a preterm delivery is much smaller for singletons than twins, and a twin pregnancy carries much greater risks overall. A review of the US birth registry indicates that the proportion of IVF singleton babies born at full term with low-birth-weight is decreasing, but the proportion of IVF singleton babies born prior to full term with low-birth-weight is stable. In either case, the incidence of low-birth-weight is higher in babies born after IVF when compared with the general population. While outcomes of low-birth-weight babies may be getting better, there are still elevated risks for singleton low-birth-weight babies conceived via IVF. For most of these studies looking at risks for IVF babies, factors known to influence pregnancy and birth outcomes are taken into consideration in the analysis. These important factors include maternal age and prior birth history. However, other factors may also be important but are not as well accounted for: factors such as previous poor obstetrical outcome, smoking status, socio-economic status, performance of fetal reduction procedure (especially for the analysis of the singleton data), types of ovarian stimulation protocols, media used in the IVF laboratory, and/or use of laboratory techniques (ICSI, etc.). Infertility per se may itself be a risk factor for poorer pregnancy and birth outcomes. In an attempt to answer this important question, IVF outcomes have been compared with either non-IVF fertility treatments such as ovulation induction (OI) or to spontaneous conception outcomes. Numerous studies (8-15) have evaluated this question, and shown a higher risk of preterm birth for both IVF and OI babies as compared to spontaneously conceived singleton pregnancies. When evaluating outcomes for sub-fertile women (infertility for greater than 1 year) who spontaneously conceive, again we see a greater risk of preterm deliveries, obstetrical complications and adverse birth outcomes (16-18). These studies strongly suggest that there is an inherent characteristic of infertile patients which place them at greater risk of poorer pregnancy and birth outcomes. Whether this is due to uterine or embryo issues is not yet known. IVF Twins: Many studies have compared the outcomes for twins conceived via IVF versus spontaneous conception. These outcomes were summarized and reviewed in a meta-analysis of birth outcomes of IVF twins in studies up to 2003 (19). The specific findings showed an increase in the chances of a preterm birth (57% increase), admission to the neo-natal intensive care unit (two-fold increase), and Cesarean section delivery (33% increase). No other parameters were significantly different from spontaneously-conceived twins. These differences between twin gestations conceived via IVF versus spontaneously-conceived twins were similar for cycles of twin gestation conceived via ovulation induction (OI). The rate of prematurity seemed to be higher for the IVF than OI group (20). In conclusion, when comparing singleton or twin gestations conceived via IVF or spontaneously, the degree of difference in the overall risk is greater for the singleton-baby births than twins. This is especially true with regards to preterm delivery which is increased two-fold in IVF singletons and by 40% (adjusted for age) in twins. While most studies have made adjustment for factors which can affect birth outcomes, such as maternal age, some other potential factors are difficult to measure, such as history of infertility or direct effects of IVF technology itself. It appears as though infertility prior to conception may play a larger role in IVF outcomes, for both singleton and twin gestations.